I was going to start out this post with a long dissertation about how 2014 has sucked for me, running-wise, between injuries and parasites, but I since I finally get to write a post about running, rather than NOT running, that's where I am headed with this. 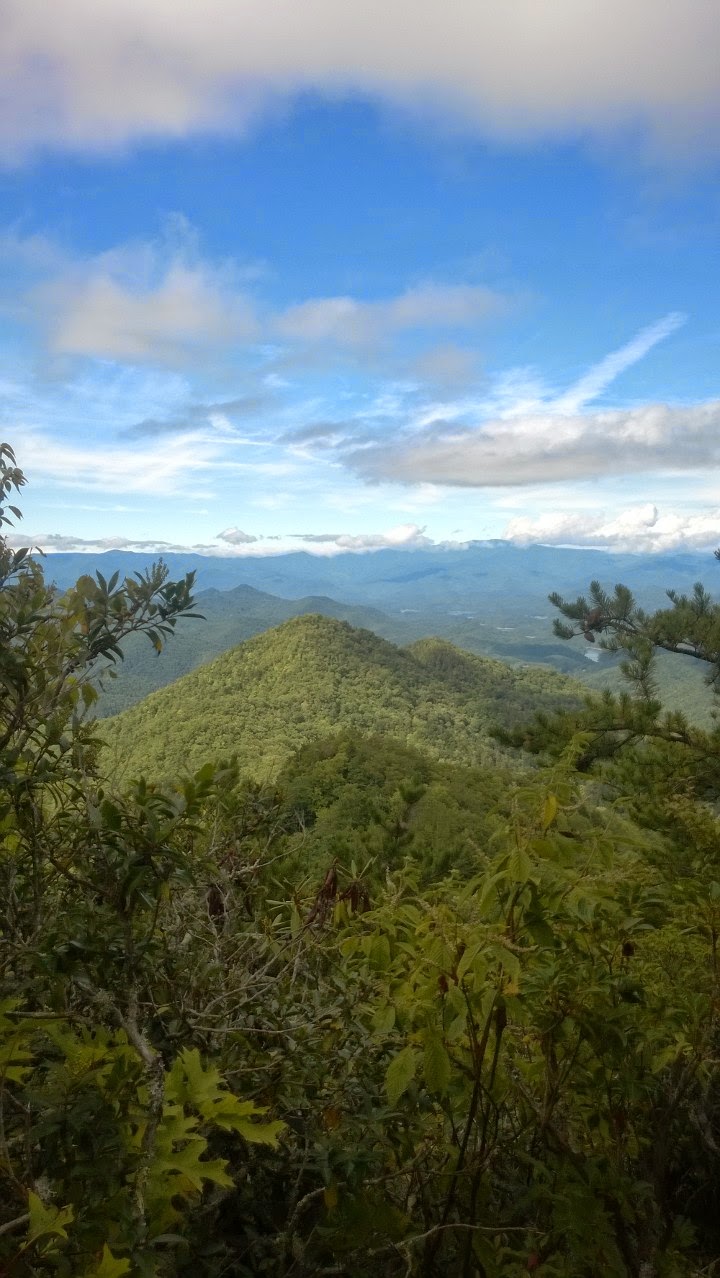 In the middle of all of my parasite/running drama this summer, several WNC runners came to run the loop that Alan, Brian and I had set out to run at midnight one December.  (I had concocted a "challenging" 100K in my backyard, consisting of what would become known as the Nantahala Adventure Run, plus an additional 6 miles to make sure it was 100K.  In this version, had we finished,  we would have finished with the long, steep climb from the Nantahala Outdoor Center up to Tellico. We instead stopped at the base of Cheoah in a cold drizzle, not having much fun at all.) Anyway, here in the summer of 2014, I was not yet able to join in on the run, but crewed instead up at Tellico.  Some of the runners opted out midway through in the July heat and humidity and two of those runners, Mohammad and Wayne agreed to come run a do-over with me when I was ready.

We set a date in September and as it grew closer I continued to have the same doubts I have had for the last year or so.  I am not ready.  I have only been training for six weeks.  I am not completely well. This is over double my longest long run.  I haven't run this far since November 2013. My knee hurts a lot.  I have DNS'ed three races.  There's no way I can do this.  I don't think I can do ultras anymore. And on and on.

While I was busy tearing myself down, I was trying to find an elevation profile of the loop online to figure out the easiest direction and starting point.  I clicked on a link and it was the article about the Bartram Trail in Blue Ridge Outdoors, which mentioned me as the first person to through-run the Bartram.  I thought, you know, I shouldn't have been able to accomplish that, either.  I had been sick for a couple of weeks, was still sick when I started and ended up hobbling the last 18 miles injured.  But I did it.  After thinking on that for a bit, I decided that my goal really had nothing to do with running around this 58 mile loop.  I wanted to be the same runner I used to be, who didn't overthink things and just went out and ran. Who didn't have a training plan or count miles. Who liked to do the hard things, simply because they were hard, rather than being afraid I couldn't do them. 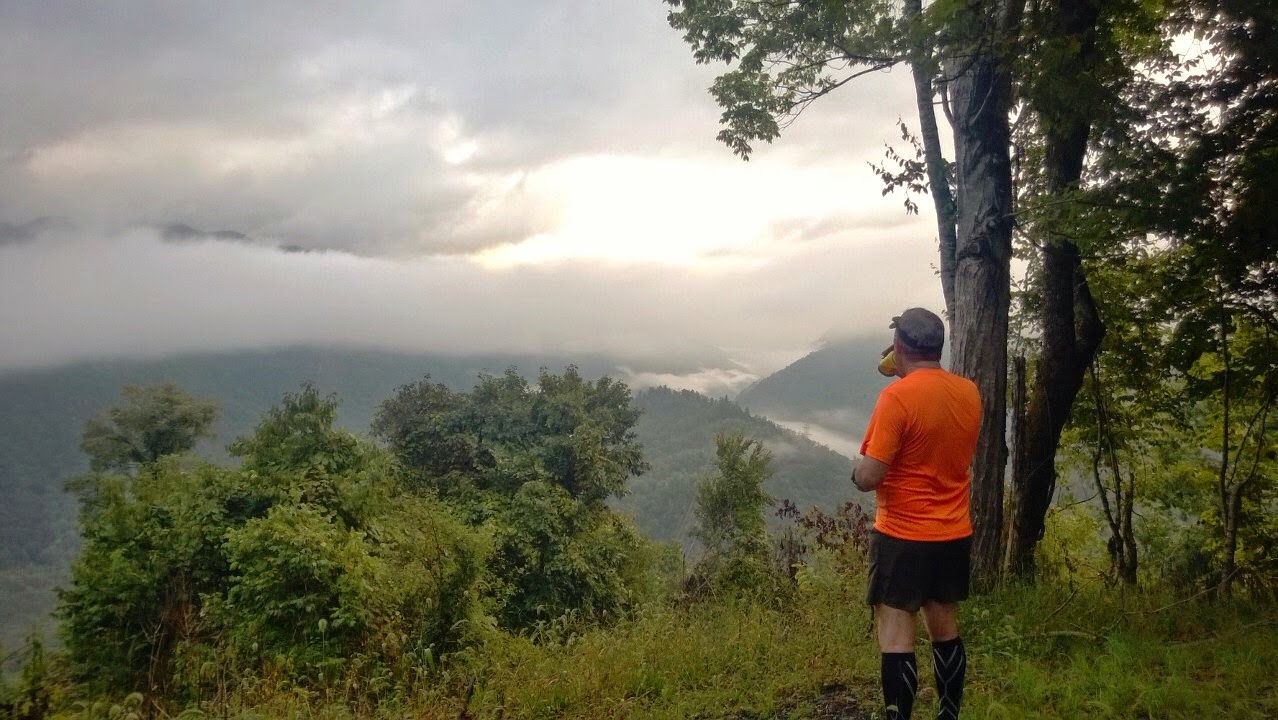 And so at 5:12 a.m., Wayne and I (and the yodeling pickle) set out from Appletree Campground, with Mohammed following about an hour later.  The trail was overgrown and my legs soon looked like I had run the Barkley from all the blackberry cuts on them.  The yodeling pickle provided comic relief whenever I ducked under a blowdown and my packed brushed up against the tree, setting him off.  It was foggy and humid and by the time we started up Cheoah my energy was draining.  Mohammed caught us near the top and we we shared a mile or so before parting ways, providing a nice distraction.  On the way down, I was still dragging but Wayne kept waiting for me and then Sarah showed up, keeping us company and mentally occupied.  Once at the NOC, she helped us get a hamburger and although I spent more time there than I intended, it turned everything around.  Thank-you, Sarah! 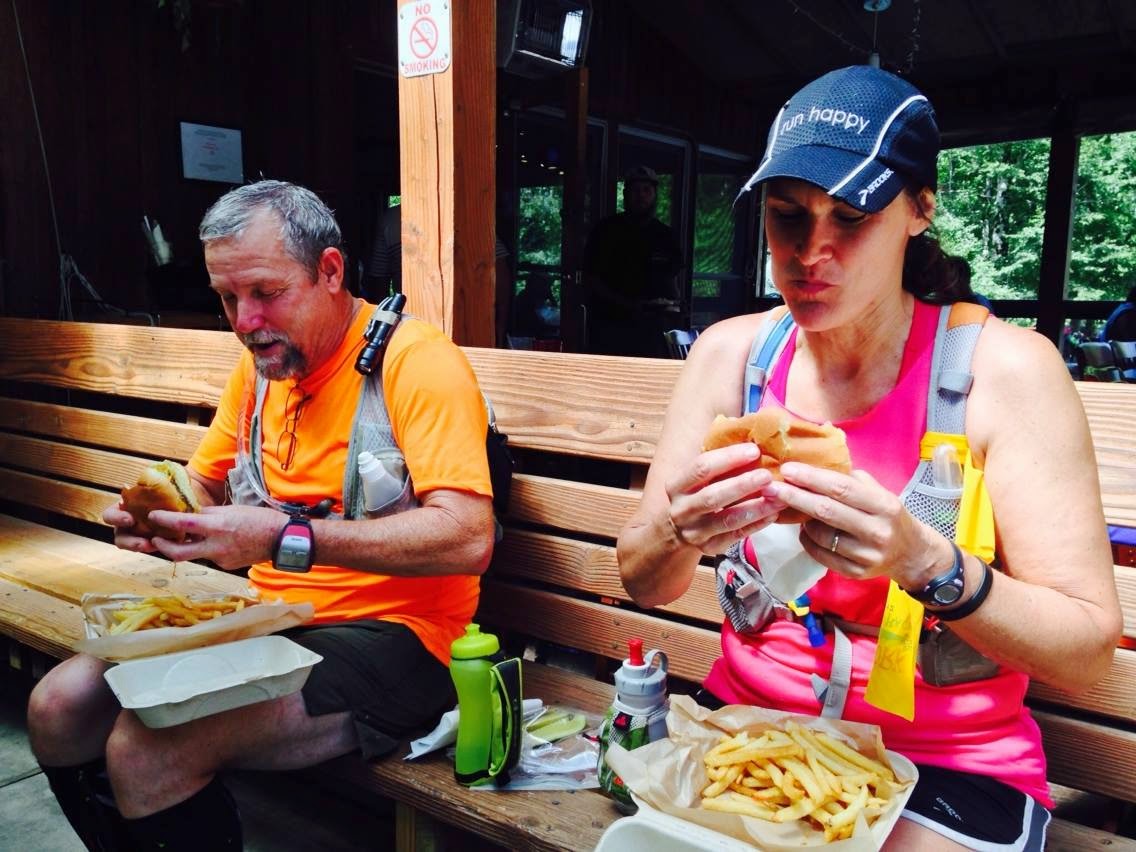 I felt great heading up Tellico, where Tony was waiting, which of course cheered me up even more.  Wayne was having some overheating issues, but a little time at a creek turned him around too.  The climb out of Tellico felt okay and was not much slower than I usually climb it, even though it was about 30 miles into the run. The only downside was the song Drunk on a Plane continued to play in my head.  I wasn't feeling bad, but is wasn't exactly Mardi Gras in the clouds at that point either.

We hit Burningtown Gap right before dark and at the overlook just beyond it, stood for a bit watching a huge bank of clouds with bolts of lightening flashing through it .  It was one of the prettiest storms I have seen.  Of course, I had dropped my rainjacket with Tony, because the Weather Channel assured us there was zero percent chance of rain.

It was pitch black when we hit Wayah, where we were treated to a beautiful view of the lights of Franklin below and the stars and the Milky Way above.  We started painfully downhill to the lake ( I fell three or four times because it was so steep and I was no longer moving my feet as fast as I should have been).  We finally hit the lake and shuffled on towards Appletree, alternating walking and running.   20 hours 59 minutes and 15 seconds after we started, we arrived back at our cars. Mohammed had finished under 18 hours and the three of us joined the short list of runners to through run the NAR. 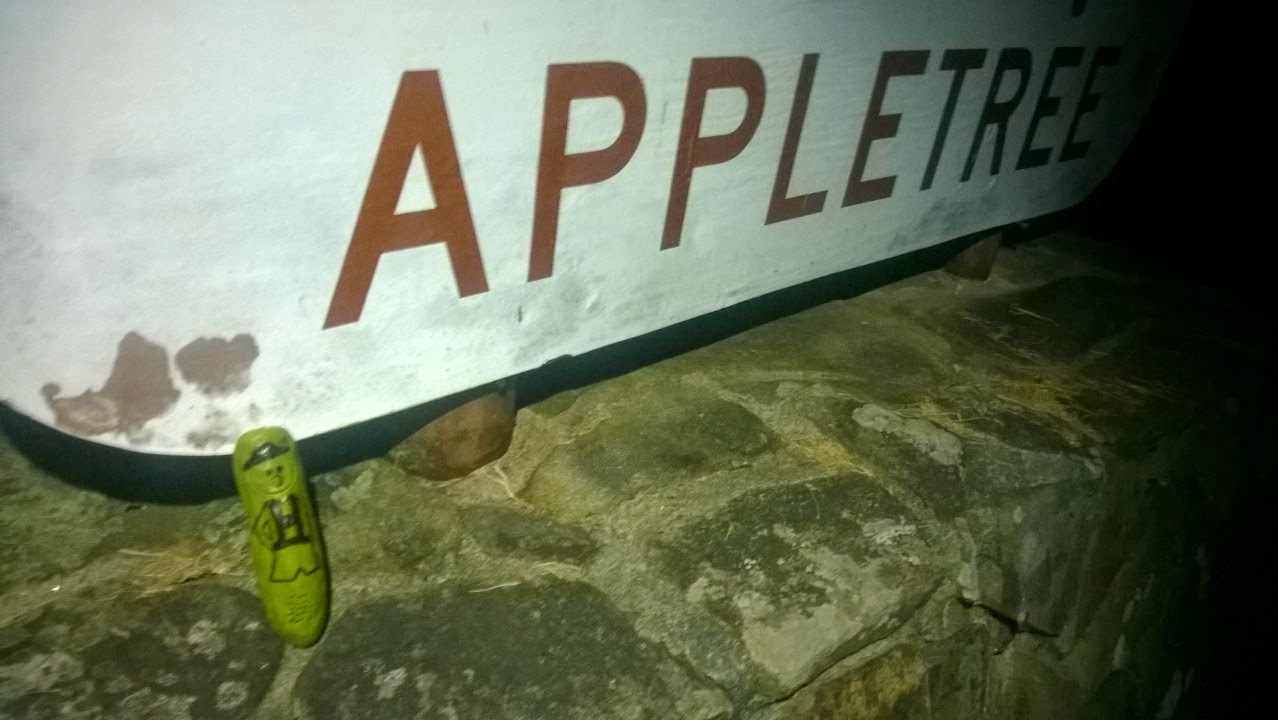 My knee didn't hurt.  I was still running at the end.  I was slow, but I did it.  And other than the trip up and over Cheoah, I actually felt okay. I wasn't trained and it doubled my longest run all year, but I did it.  And I am already thinking about going  back and doing it better.

Posted by Denise Davis at 6:34 PM No comments: