Best Run of the Year 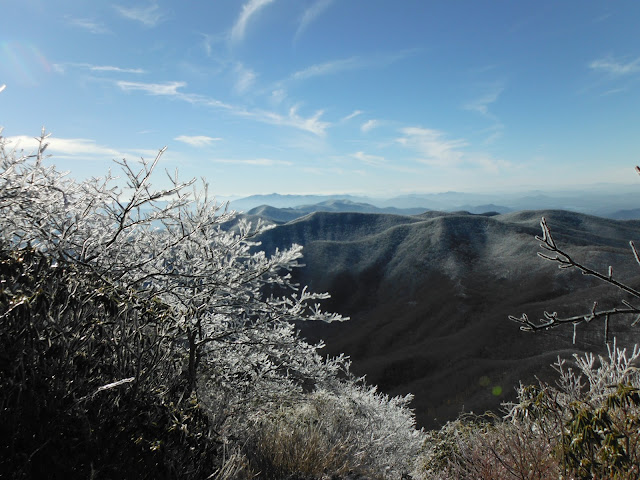 Normally I don't write about my weekend long runs, but my last run of 2012 was pretty special.  Trail running in the snow is my favorite thing to do and I had missed all of last winter with my ACL. So when it dusted snow at my house in the valley this weekend, I decided to head up to Standing Indian to see what I could find .

The plan was to run a 24 miles loop, up Kimsey Creek, north on the AT over Standing Indian and back to the car on Long Branch.  Since Pinhoti, I haven't had a good long run.  My knee ends up hurting and I compensate with my other leg, which then also ends up hurting.  After stopping at 50K at One Epic Run, I decided to refocus on rehabbing and to try different shoes in hopes of getting more cushion.  I ordered the Glycerins and they have felt good on the short runs I have done.  (Three years ago, I switched from the Cascadias to road shoes, Ravennas, even on the most technical trails, like the Massanutten, with much success.) So this would be a test run.

There was snow on Kimsey Creek and the temperature was still at freezing, despite my 11 a.m. start time. Kimsey Creek is very rocky and wet, but the Glycerins did well, with the exception of trying to cross the ice coated rocks at the edge of these little falls. But nothing would have done well on that! 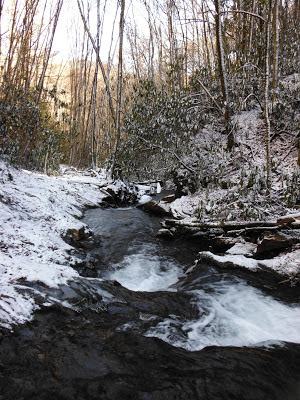 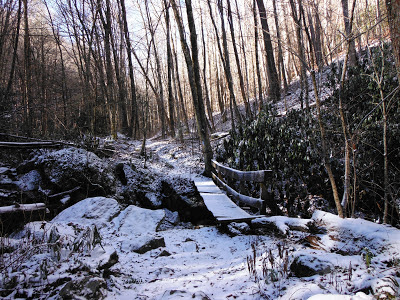 As I got higher in elevation, I also moved into ice-covered trees. Closer to Deep Gap, I passed through a tunnel of ice covered bushed and trees. With the sunlight behind it, it was spectacular, but the pictures don't capture the scene. 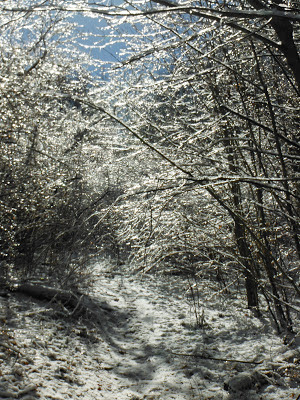 On the AT, there was more snow, not more than a couple inches except where it had drifted.  It was exceptionally cold, as always, on the back side of Standing Indian, well below freezing with a brisk wind.  Past the shelter, the trail became more treacherous, with a thick coating of ice under the snow.  Luckily, I had brought my Kahtoolas, hoping I would get to use them.  (It's always a good run when you get to strap on the microspikes). 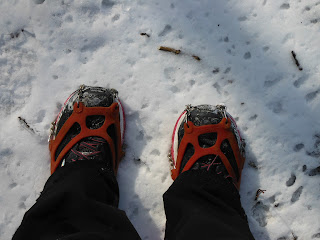 The scenery became even more spectacular as I climbed, with the combination of ice, snow and rime ice. 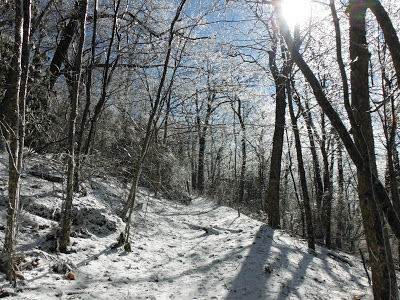 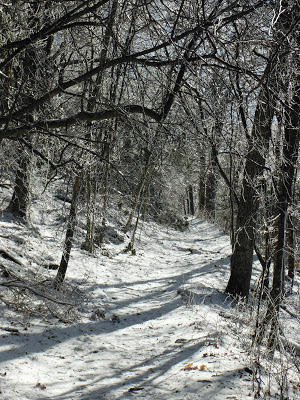 I decided to take the side trail to the to top of Standing Indian and found only one other set of footprints up top.  I had passed a family on the way up and I felt very lucky to be one of the few people to see this view that day. 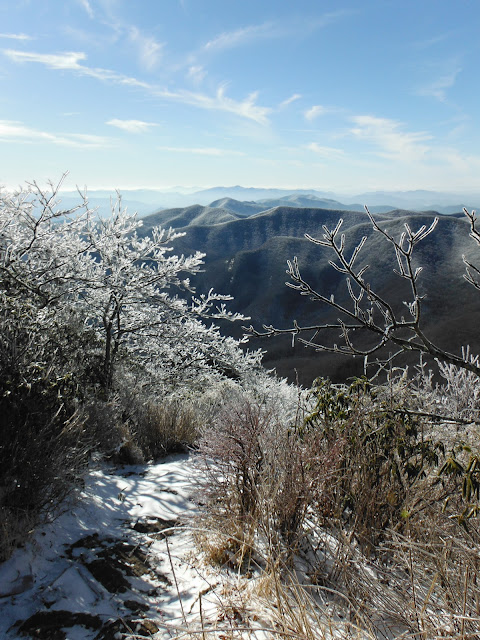 When I continued on the AT south of Standing Indian, there were no other footprints in the snow, and I was again thankful for being able to be on the trail that day.  The rhododendrons were coated in ice and when you brushed by them as you ran, it sounded like pieces of glass tinkling. 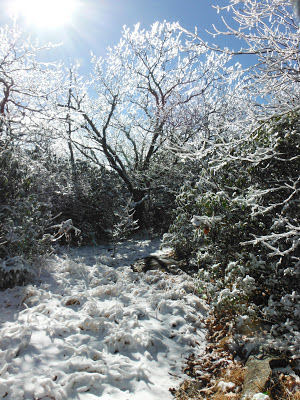 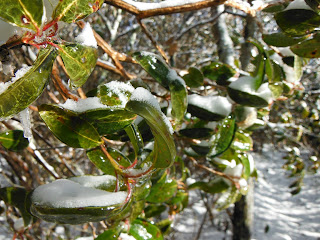 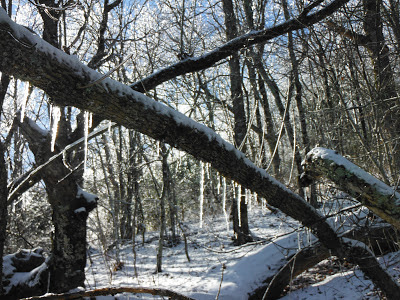 I ended up shortening my run to about 16 miles because I had spent so much time taking pictures. During the run, I had wrenched my knee a little (looking up at the ice instead of down at the rocks), but other than that, my body felt good for the first time in awhile.  The Glycerins were very comfortable, even with the Kahtoolahs strapped on.


So 2012 came to an end with this spectacular run.  I've had a long road back this year and still have obstacles to overcome, but I sure am thankful to be able to run through these mountains again.

1.  After eight months of no running after tearing my ACL, being allowed to start running in March.

4.  Running 93 miles on the one year anniversary of the surgery.